Trying to print Veneers for investing, but the insides printed like this. Any ideas what I did wrong? 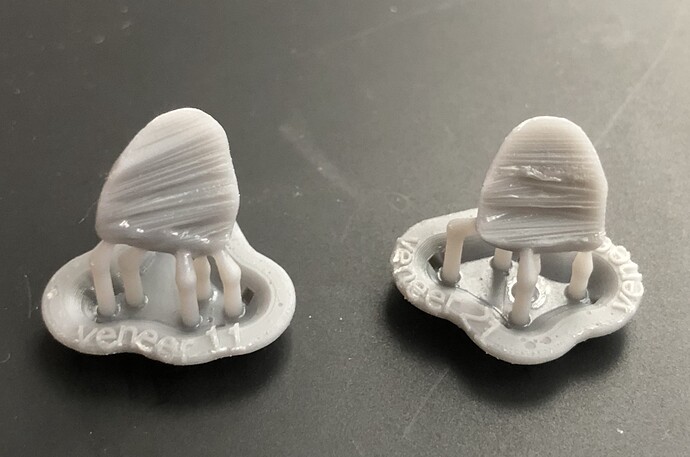 Are those striations parallel to the build plate?

I see perfectly formed and crisp raft- label and supports- and you say the other side looks perfect.
To me this indicates that your veneer models are NOT correctly formed solids.

I see these kinds of artifacts when folks try to export as STL a model with some normals flipped, or polygons that are not correctly connected to adjacent polygons in topology.

This is can happen when you are essentially merging two separate scans… the scan of the outside of the veneer, and the scan of the inside of the veneer are not connected unless you DO something to connect the two meshes along their edges. Moreover- if the second scan is of the tooth surface prepared for the veneer- the normals of that scan would be facing OUTWARD toward the tooth front, rather than inward toward the body of the tooth. This alone could cause this kind of geometry error, even if you successfully merge the two scans.

Preform does not always display flaws in solidity… Lots of times it will show a model that LOOKS solid- but has interior planes or discontinuities that it can not resolve on conversion to a printer instruction.
The print rasterizer, in trying to make a printable solid, connects free verticies resulting in polygons that can Bridge across concavities like this…

check your original model- the app should be able to test for solidity.

A topological solid should have ALL vertices simply connected clockwise and ALL normals therefore facing OUT.
A solid object only has ONE side- the OUTSIDE- and it is the directions of the normals and that all vertices are connected clockwise that defines that solidity.

even a single flipped normal means that the vertices of that polygon are connected counterclockwise to what ought to be the outside surface- and that, topologically, defines a HOLE in the surface. 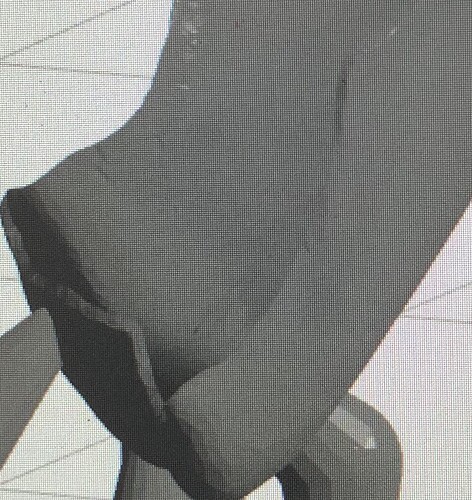 image1137×1202 712 KB
The Veneers were clearly Hollow on the preformed software before the print. And then when they printed as you can see it filled in the entire interior of the Venere
Sculptingman April 22, 2018, 2:33am #4

yeah- this kind of filling is most noticeable in concave areas, because the bad topology around the rim results in straight line segments all the way across to the opposite side.

Once again- look at the original model and check it for solidity, flipped normals and such. If your app has one, run a part doctor tool to try and fix the geometry.
are you doing a simple offset from the tooth scan?

The surface is in the model… its just treating it as if the front of the tooth is not connected to the inner concave surface of the tooth.