Multiple layer resolutions in one print?

I’ve been printing a lot in the past few weeks. Most of the parts are Dental Models for Navigated Implantology.

The printer is working like Hell to print these massive models on 0.05mm layer thickness.

The main parts of the model (the teeth that need the 0.05mm) begin at round about 1cm height above the baseplate.

This would be such a great improvement.

PS. I´ve added a photo of one model so u can make yourself a picture of it.

I agree with both of you. I was about to post this as a new topic but figured somebody else must have thought of this before me. Anyways to keep things simply, my thinking is to have a slider much like the slice viewer that allows maybe 2 or 3 different layer height thickness. Each section can be user set and the default value would simply be to whatever the user selected upon file creation.

The person is able to change the slice resolution for each section. Zero to first marker could be all the support structure just before the model and it can be set to 0.1mm. From first marker to second marker or finish can be set to a finer resolution like 0.05mm. This would allow things you don’t care about like the supports to be printed faster making the whole things faster. This is like the cheaters way to speed up printers for the time being because it shouldn’t require too much effort to implement this in the software.

All and all, I’m liking my printer and thus far, I haven’t had any failed prints. I’ve printed custom springs and 2-56 threader holes! speaking of which, if people need standard springs or ones with hooks, I can send you pro E files or generate STL files for you specific dimensions. I don’t know of a common place to post things around here. By the way, things like springs need to be printed sideways or at an angle to prevent the spring action from interfering with the peal process.

Hi.
From you’re picture you painting the model straight on the platform ,Without supports.
How do you do the Grove on the base ?

I know this is an old post but this is a very important feature for me. I have certain section that I can speed up on and others that need very high detail. Of course if I print the whole thing in high detail I waste a ton of extra time.

I know FDM printing software like Slic3r support this and the new SLASH printer will as well. 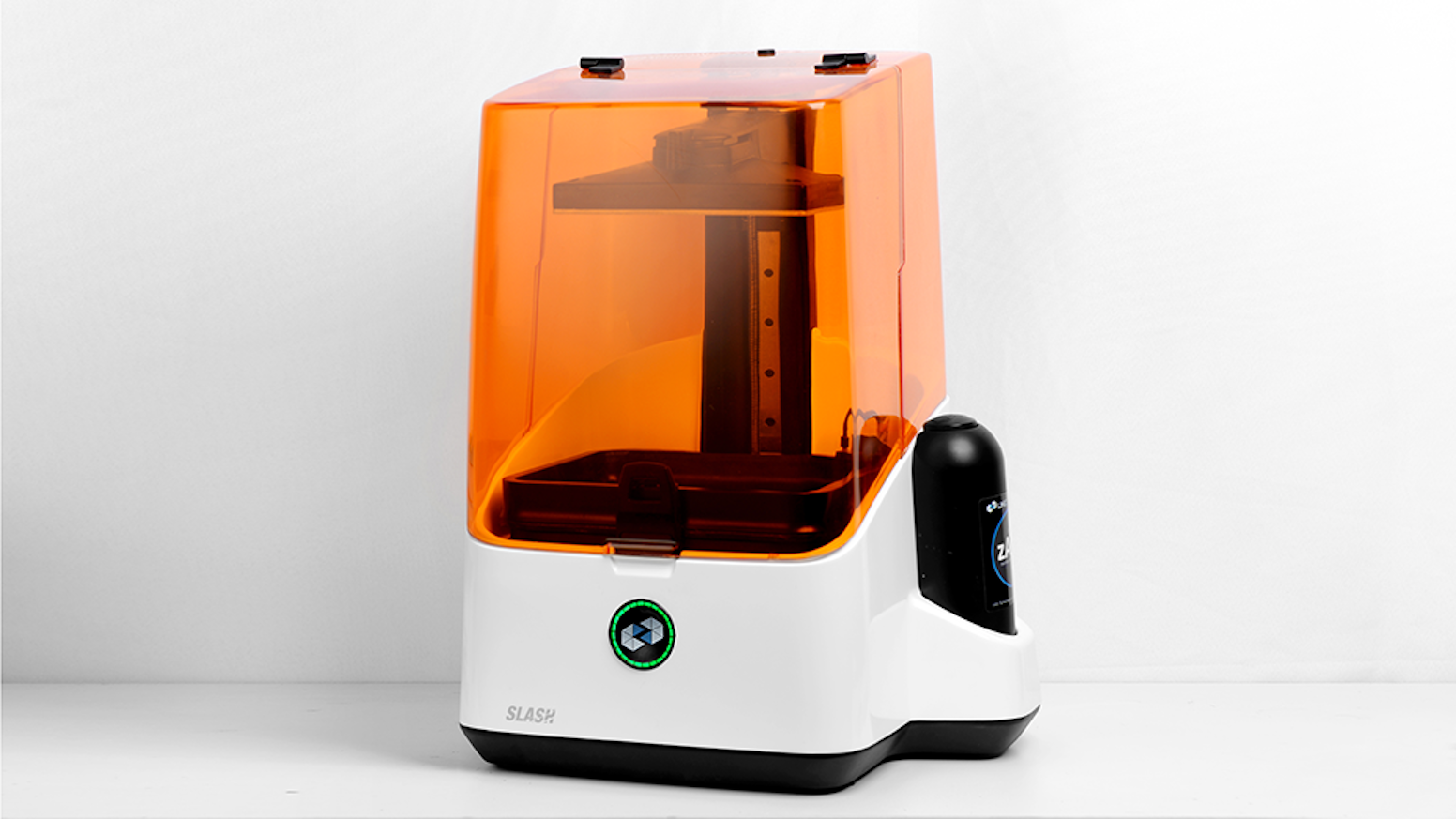 SLASH: The Next Level of Affordable Professional 3D Printer

Would like to get Formlabs to respond on if this is even on the roadmap.
Thank you

Rather than having user intervention on selecting varying slice thicknesses, would it make sense for there to be a 2-pass slicing process? First pass to slice at the selected resolution, 2nd pass to look for contiguous blocks of identical slices and bundle them up as a thicker slice (so 4 identical 25u slices become 1 100u slice, for example). Or would that result in too much z-banding?

Assuming it’s the lift time contributes most to the overall print time on these printers, this could cut print time a chunk, especially on supports.

Multi resolution on print probably won’t work since the supports cross over the model’s space. Only part it may work is on the base but once past that it would have to be the same layer thickness.
I don’t know how well a varied thickness would work since the platform needs to compress the layers and have a distance off the pdms per layer and thicker layers use a different exposure / laser speed.
I think it would cause more problems than it’s worth.

I do believe it can be possible. Would love to see it on the next upgrade.

Ken, I wanted to check why you think that it wouldn’t work because of the supports. If the supports are sliced at the same resolution as the model / base wouldn’t it work?

Once the supports share the same layer as the model then how can you print different thicknesses at those levels?

Because the supports are sliced at the same thickness? Any support creation happens prior to slicing in every workflow I’ve used. Anything else would be a touch awkward.

Not sure if we are talking about the same thing but if the supports are printed at 100µ then the model itself is on the same slice, how would you print that at 25µ? How can you have 2 different layer thicknesses on the same layer?

Assumptions: Slicing is done offline on the host computer; printer receives either slices or GCode; slices can be individually tagged to dictate layer height (as opposed to it applied to the whole file).

Model with supports is sliced at the required layer height.
Slices are reparsed so that identical contiguous slices are merged into thicker slices (analagous to RLE).
Sliced model (and supports as they are now part of the model) are uploaded to printer.

That makes sense, not sure how much time is saved though, The base and the closeness of the model to the base your not really printing that many layers.
Still might help though having some beefy base layers that the rest are generated off.

It would depend entirely on the model - some will benefit, many won’t.

Just as a rough guess - assuming 5s per slice (roughly what my existing printer takes, including lift & settle), and assuming 5mm above base for the start of the model then to get to that point at 25u slicing you’re looking at about 17 minutes to get to the base of the model. Do it at 100u (ignoring exposure changes) then it’s 4 and a bit minutes; saving around 13 mins - so in the order of 10% on a 2 hour print.

I think for those prints that have small sections that need the high resolution of 25u the benefit far out weigh the costs. If PreForms structural analysis could try changing a section that is red into a higher resolution section than it might reduce the need for supports at that section. This would save you material on supports and depending on the number of layers at a higher resolution might not increase print time by too much.