Form 4 request - a dumb version of the printer

After dealing with issue after issue related to sensors or bad contacts on tanks or resin cartridges or the printer not being massaged enough, can I request that you release a dumb version of the form 4 when it comes along? I would even pay extra to not have to deal with situations like the one in the attached image. In case you can’t read it, the printer has decided to stop working because it doesn’t think there’s a tank inside. There’s a tank in there.

So now I have to junk hours of print time and resin because the machine is smart enough to cause problems but not smart enough to realise when they aren’t actually problems.

Please bring back the simplicity and stupidity of the form 1. It was lovely. 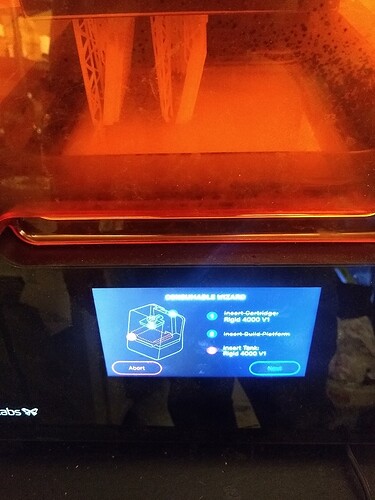 And the most annoying thing is you can’t turn-on the OPEN MODE to let the machine keep printing by ignoring the missing tank!

btw, there is a lifre time for your tank. When the time is up, even you just put it on the machine once without even print anything, the tank is expired!

Oh the tank was perfectly fine. Once I had cancelled the print I removed it and immediately put it back in and it sensed it just fine. It’s on the reprint now.

But with the error message there was nothing I could do. I knocked the tank in various ways, rocked the printer, knocked around the sensor area to try and re-establish the connection but nothing worked.

The sensors are the primary reason I have a real dislike of running the form 3s. I will use my other machines first if I can avoid them.

When the time is up, even you just put it on the machine once without even print anything, the tank is expired!

But the printer lets you override that warning and print anyway.

The sensor issue at least confirms you bought a real Formlabs product.

LOL From myself I want to add: With the number of times the printer needs to be reset you guys should have placed a big red reset button right on the front panel, not a tiny one at the back. Every time I need to reset it is a lot of frustration

But we still love you, Formlabs people! You are awesome! Merry Christmas!

Dumb is good. I would definitely got one

Ahh, this is so relevant to a discussion I was having with my boss about these printers, we have 5 Form 2 and have had all but one go down for various issues, bad lasers (2x), bad cartridge sensor (2x), bad tank sensor on two machines now, and an overflow that dumped a whole cartridge of resin into the tank, overflowing and filling the floor with resin that overflowed and covered the desktop! As I have told my boss and my students, these are the best made machines I have seen for the price, but the damn software and sensor systems really bugger these printers. I have taken them apart down to the shell to fix them and the quality is there, except for the laser diodes, but the damn software is shite!