After discussing the issues with the german support, they gave a lot of advices, but with small success.

Black V3 seems to be “heavier” than V2 because of the mate components. So you need a LOT more support points with larger diameter (min 0.6 mm) to stabilize the material whilst peeling.

I see a lot of problems with Black V3.

Less stable and more brittle, that’s a typical loose-loose-situation. My reject rate is nearly 75%, that’s unacceptable for commercial use.

What are your experiences with Black V3?

Are you satisfied with V3?

I’m having the same problem. So far, every part I’ve tried to print with black V3 has cracked, even after adding more supports and making them thicker. I had a little V2 left, so I swapped out the tank and cartridge, and printed the same part with the V2: no cracks!. The V2 was a great material, but for some reason they changed it without any warning. If it ain’t broke don’t fix it. The black V3 is pretty much useless, I have an unopened cartridge that I’m going to try to return, and I guess I’ll have to switch to gray until they get the black sorted out. 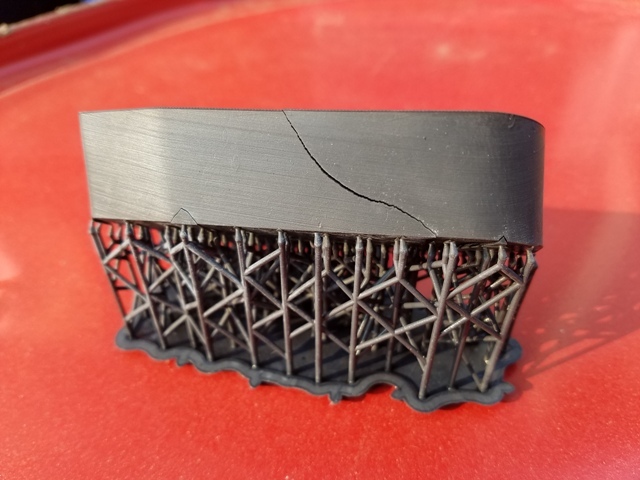 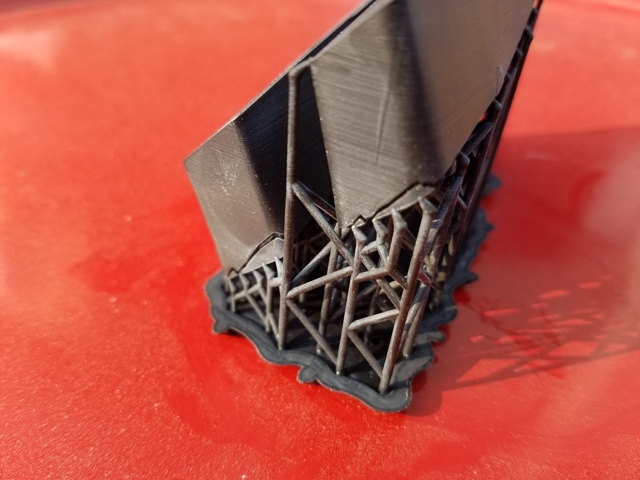 I think there may be a few issues to iron out with the black V3. I got a cracked part where a previous print in V2 worked perfectly. I hope its just a firmware update to the laser speed/intensity, maybe?

Other than that fact, I’ve found the black V3 much better dimensionally than V2.

To be perfectly blunt, this upgrade has corporate stink all over it. I would go so far as to assume that they’ve found a cheaper method of production, and pushed it on us. I would really like some datasheets to see objectively what the ‘numerous advantages’ of V3 are.

Also, there is an obvious cost incurred to a company as they increase their stock inventory. I’m sure customers wouldn’t mind paying a fraction more for the resins if they had the choice to purchase V2 or V3. It seems pretty irresponsible to circumvent a vibrant community of makers in making such decisions. Would a survey be so much to ask?

I haven’t used the forum for a while, but nice to see that this topic has been opened already.

Version 3 in my eyes seems more viscous, and therefore has problems with support which you indicate. I’m finding that many custom enclosures that I print (normally at 2mm thickness, now at 2.5mm) are warping down one side of the print. It is causing enormous issues for printing larger, flat models.

I’ve just upped the density on my prints and the thickness of the contact points - and making more of an effort to put support material on all edges to reduce warping.

Formlabs, any chance you can take a look at this? Even if it means adjusting Preform to up the Support material as mentioned above, as an interim. At least we won’t have warped parts that now longer slot into place. 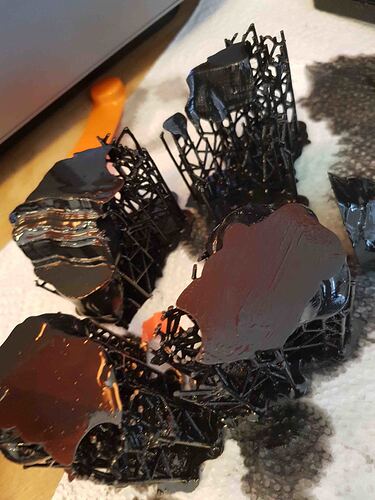 Our Support Team is closing tracking the number of users affected by printing issues with Black V3 and we’re working to ensure that the material works consistently.

I have printed a few things with V3 now but have not had any issues.
I don’t like the black color; its more like a gray. I liked the V2 black much more. We make a lot of fixtures to align parts during assembly with the printer and the V2 black looks much more professional for both the fixtures or product prototypes.
I am printing my first thin walled part with the V3 Black so we will see if i have any issues there.

Edit:
I must stay that the surface finish looks a bit better on the V3. The individual layers are a bit less noticeable probably because the more mat V3 material does not break the light as much.