Correcting warped prints after they're printed

Printing pieces of a large architectural model with White v4 resin. Some pieces have warped a bit. What’s the best way to correct this? Some googling has turned up immersion in boiling water, I would consider trying a heat gun as well. Just curious if there’s any best practice for correcting mild warping on this specific resin type. Thanks!

I have a Hot Air solder rework station. I set it at its lowest temp, which is around 200ºF and I use the wand to heat the localized area and flatten out the distortion. Note though, that long unsupported edges will tend to creep over time. I design these features with a hidden fastener on the inside that ties the edge to whatever it’s supposed to align with (typically another edge, like the top and bottom halves of a box). Then during assembly I run a small cap screw through and use that to anchor the edges together. Provided the two edges don’t creep in the same direction, this keeps things properly aligned. Sometimes, I can’t do it on the inside and I’m forced to include this feature on the outside. Like here: 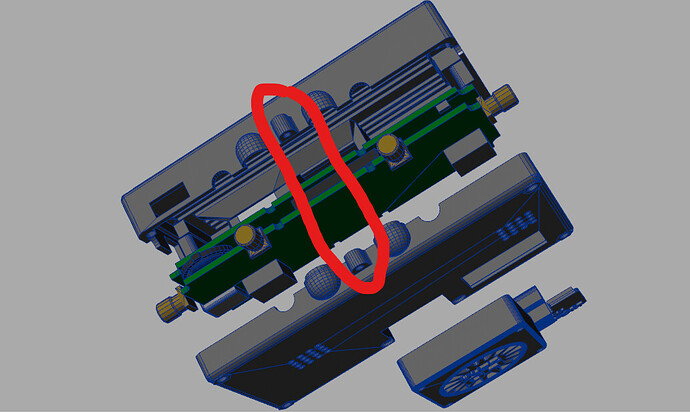 In future I’ll definitely try to build more fasteners and elements to maintain alignment, just hoping it works out is definitely not reliable enough